I was tagged by the wonderful Laura Frey for this Choose the Year post! She’s got more info on the Booktube side of this tag on her post, and focuses on the books from 2000, so for more popular books from years past, check out her post and links!

After considering a few different years that were significant to me, I’m choosing to follow the “year you were born” trend and focus on popular books (according to Goodreads) from 1994. If you want to try this tag or are jut curious about he books from the year you were born, you can use this link to search popular titles by year on Goodreads:

I’m going with 1994 because obviously I wasn’t reading in that year, so it’s interesting to me to see which titles I’ve been drawn to over the last 25 years. I’m just going to scroll down the list in order of popularity and mention where I stand with each title. Numbers correspond to their rank in the Goodreads list, and titles are linked to their Goodreads pages.

1. One for the Money by Janet Evanovich. This was probably the first adult mystery book I ever read, very early in high school, and at that time I was absolutely obsessed with this series. I binged all of the books that were out at the time with a bestie- I think No. 16 was brand new and she bought the hardback with bonus stickers. Looks like No. 26 is coming out later this year, but after trying to catch up in college I realized this was no longer my reading taste and quit several volumes ago. It’s a trashy series (in a fun way) but I remember the first book having the best plot; I actually just bought a copy for nostalgic purposes, and am looking forward to a hilarious reread!

2. The Wind-Up Bird Chronicle by Haruki Murakami. This one is on my TBR. I just read my first Murakami novel earlier this year (Norwegian Wood) and loved it- I was planning to pick this one up next just because I know it’s one of his best-known titles, but I found a cheap copy of After Dark at a secondhand bookshop that I’m now planning on picking up next. I don’t remember anything about the synopsis of this one but I like reading that way.

3. Midnight in the Garden of Good and Evil by John Berendt. Another on my TBR. I came across this title a couple of years ago when I was trying to complete a reading challenge that required reading a book from the year I was born, and this is the one I was planning to go with until I accidentally read another title that I didn’t realize fit the prompt… This is a true crime novel set in Savannah, Georgia.

5. The Alienist by Caleb Carr. This is the title I accidentally read for that reading challenge. I hadn’t heard of it until BOTM featured it as an extra and I decided on a whim to give it a go. It’ a historical fiction mystery following an early psychologist (before the term was coined) trying to solve the crimes of mutilated child bodies found in New York. I remember some of the gritty details but didn’t fully get on with the writing style and structure of the novel, if I remember correctly. I’ll link my review here, but the tl;dr is a 3-star rating and a series I didn’t bother continuing.

7. Insomnia by Stephen King. I haven’t read this one yet, but I’ve read a lot of Stephen King and am slowly making my way through his entire list of publications. This one doesn’t seem to be a big crowd favorite but the synopsis does look interesting to me- a man who can’t sleep starts to see things around town and he’s not sure whether they’re hallucinations or not. It’s set in Derry, Maine, a fictional town Stephen King uses a lot and likes to cross-reference throughout his novels, which is a fun feature. This is one of his heftier titles though; this edition from my own shelf clocks in at over 900 pages.

by Sharon Creech. This is a middle grade book I read when I was 13, at the same age as the main character. I remember that, and I remember really liking the story at that time, but to be honest I really don’t remember anything about it now and the synopsis is not ringing any bells. I did read Bloomability by the same author a year or two later, so it must have made a good impression.

10. A Long Walk to Freedom by Nelson Mandela. This is just an “I’ve heard of it” book. I’ve never been big on reading nonfiction about history or politics so even though I’ve seen this one around and know it has a great reputation I’ve never had it on my TBR. But this year has sparked a renewed interest in nonfiction for me, so who knows, anything could happen.

13. Bird by Bird: Some Instructions on Writing and Life by Anne Lamott. This is a nonfiction book that I had to read an excerpt from in a college writing class, and have always meant to read the rest of. I just realized it wasn’t actually on my Goodreads TBR but it’s been on my mental list. Frightening to think that my 700+ title Goodreads TBR is not actually exhaustive…

18. Prozac Nation by Elizabeth Wurtzel. Another that I’ve heard of. This is a nonfiction/memoir about mental health among America’s youth. I’ve been on the fence about this one for a long time because it sounds very interesting, especially now that I’m more open-minded about nonfiction, but I also wonder if it’s a bit dated at this point? If anyone’s read this, please advise.

115. The Secret of Platform 13 by Eva Ibbotson. I LOVED this book as a kid. It’s one of those underrated Harry Potter / Narnia type books with a secret magical world that most people don’t know about. I think I read this one before the HP or Narnia series and those have stuck with me more over the years, but I reread this one several times and still have my copy in reasonable condition for posterity.

185. Cristallisation Secréte by Yoko Ogawa. This is neat: the original Japanese edition of Ogawa’s very recently translated The Memory Police came out in 1994! I’ve not yet read any of Ogawa’s work, but a couple of her titles (including the English translation of this one) are on my TBR, and more are on my radar. This one’s about a world in which “memory police” can make things disappear, and one novelist at the center of the story hides her editor in an attempt to preserve literature. The Memory Police was just longlisted for the National Book Award’s translated lit category!

Those are all of the books that I’ve specifically read or been meaning to read from the 1994 list. I could go on with a few more children’s books I’ve possibly read and plenty of titles I’ve at least heard of, but I’m sure we all have better things to do with our time and I think I’ve already covered a decent mix.

So, the most obscure sounding book: 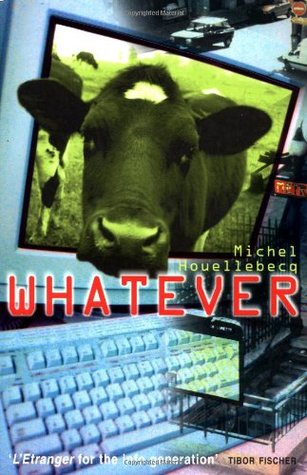 I think “obscure” is a matter of perspective, but here’s an interesting one. Whatever by Michael Houellebecq, translated by Paul Hammond, looks like a French novel about a thirty year-old man who writes weird animal stories. “A painfully realistic portrayal of the vanishing freedom of a world governed by science and by the empty rituals of daily life.” Maybe I should’ve saved this one for the strangest book cover prompt, but I’ll dive in again… 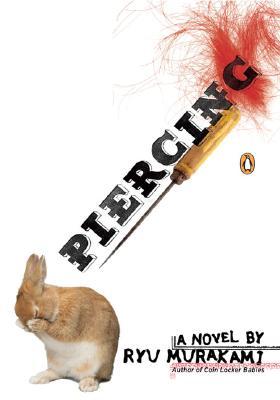 …And find this gem! (Can you tell that I find animal covers strange in general??)

Piercing by Ryu Murakami, translated by Ralph McCarthy, is apparently a “pulsating psycho-thriller.” I have actually heard good things about this author, but that’s definitely not a cover I would feel inclined to pick up. I’m not even sure what the red fibers in the top right are supposed to be? My gut reaction says blood, but if so that’s the strangest image of blood I’ve ever seen.

Kristen, Karissa, and Elysa. If this tag looks as fun to you as it did to me, I’d be excited to see some bookish highlights from a year of your choosing! If you’re not tagged and want to participate, please do!