The Booker Prize shortlist was announced earlier today, so this seems like a good time to check in with my progress and plans for the rest of the Prize this year.

As soon as I saw the 2019 longlist I knew I probably wouldn’t be reading all thirteen books this year, so I’ve been taking it easy. That said, I do have a lot of fun chatting with the book community about the nominated books, and eventually I want to read the entire Booker longlist “on time,” i.e. before the shortlist announcement, so it seemed like good practice to read at least a few of this year’s nominees.

At this point, I’ve now read:

I chose these seven books to read (well, five, as I’d read two of them prior to the longlist announcement) primarily because they were the only titles readily available to me. I had to purchase two of them from Book Depository (so few of the longlisted books were published in the US at the time of the longlist announcement!) but I bought only the two I was most interested in at the time and only because they came at fairly low prices. I found the others through my library.

Since I had only read half the list and not found many titles I was invested in seeing advance, I posted a half-hearted shortlist wishlist to my Instagram feed rather than a thoughtful prediction post on my blog. I guessed three titles correctly.

In case you haven’t already seen the results, this year’s shortlist includes: 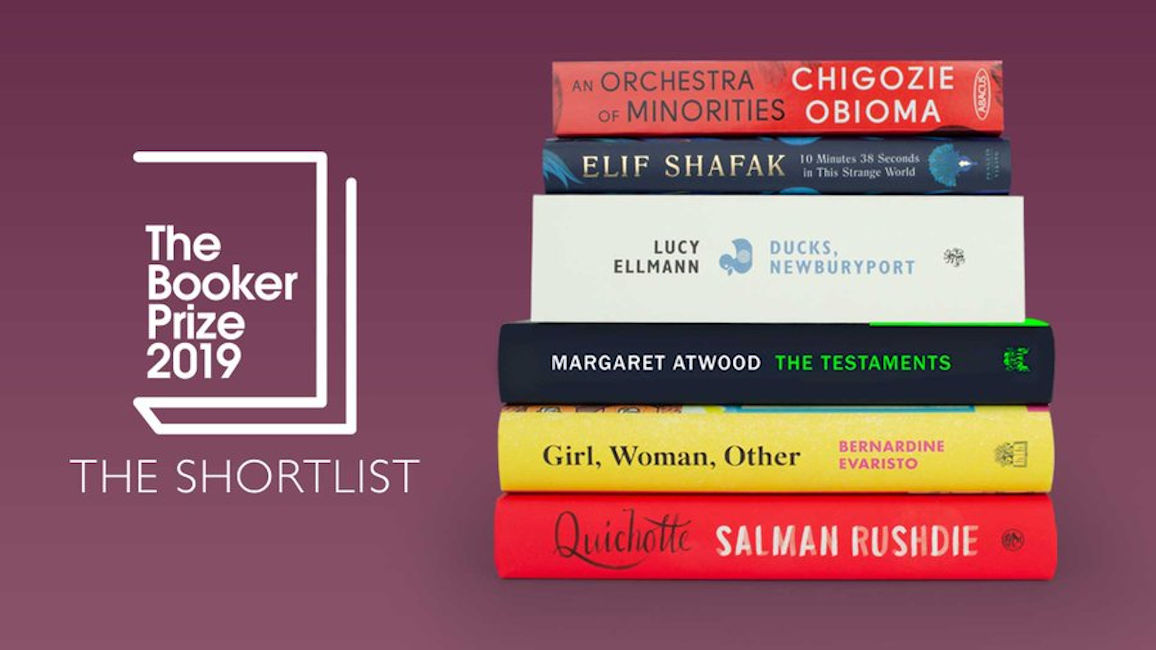 While I am thrilled to see four women on this list, I am not particularly excited by the group as a whole. To be honest, I wasn’t exactly thrilled by the longlist in the first place, so I haven’t been feeling entirely invested in the result of this year’s Booker Prize. At a glance, I’ve only read one of the shortlisted books so far, and I strongly disliked it. I’m disappointed that neither Frankissstein nor Lost Children Archive advanced- both of which I thought had a good chance and would have deserved a spot on the shortlist. I would gladly have swapped the Obioma for either. Otherwise, it’s difficult to say I have any strong opinions when I haven’t read the rest of the list yet!

I’m not sure I’ll be reading the entire shortlist, though. Here’s where I stand on the longlisted titles I haven’t read yet (titles linked to Goodreads, as I can’t give any sort of synopsis on these):

Clearly my plans are still not set in stone. What I know for sure is that I will read Ducks and Testaments before the winner announcement, which will mean I’ll have read at least half of the shortlist by that time, and 9 titles from the longlist. I’ll post a reaction to the winner and a progress update in October.

If you’ve read any of the titles I haven’t picked up yet, please share your thoughts and convince me one way or the other!

Are you reading (or have already read) anything from the shortlist this year?